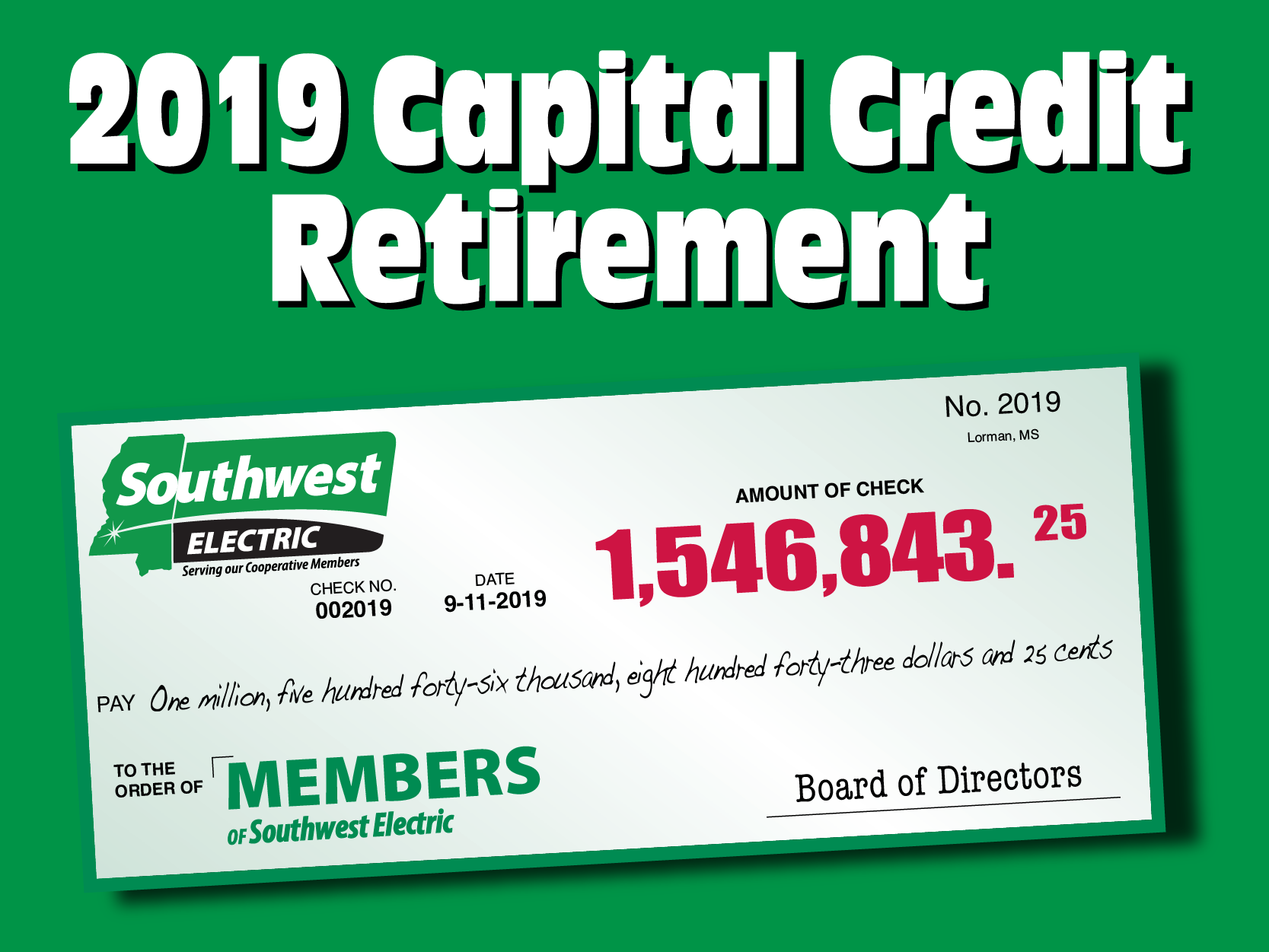 Posted at 15:21h in Press Releases by Jeremy Smith

Southwest Electric is a Member-owned cooperative.  Unlike an investor-owned utility, we do not operate to make a profit.  Revenue received from Members’ bills is used to cover operating expenses and the remaining funds are invested in the utility plant.  This investment called capital credit patronage is allocated to our Members’ accounts based on how much electricity they used that year.  Members who use more electricity will have a larger investment.  Likewise, Members who use less will have a smaller investment.

Since 1960, Southwest Electric has returned over $27 million in patronage capital to our Members.